Last year, Anime Expo started the concept of the AniSong World Matsuri, where many anime artists would be given the chance to perform in concerts around the world. Last year’s Anime Expo featured the likes of Eir Aoi, the Love Live girl band Aqours, Luna Haruna, JAM Project, and Lia. With that, the concept has expanded this year with performances at Anime Expo (once more), Shanghai, and Otakon. 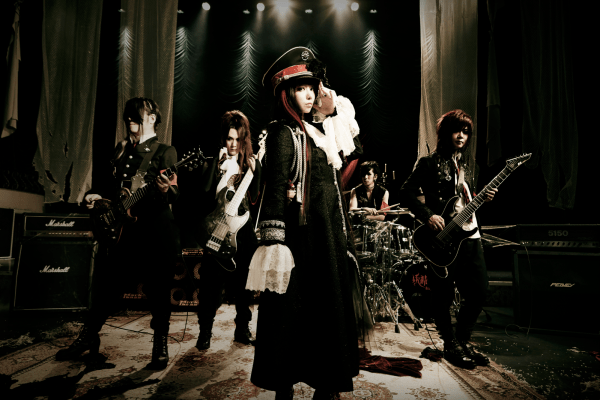 It is at Otakon that Yousei Teikoku will be added as a performer, along with the likes of JAM Project, FLOW, and T.M.Revolution. The band started up in 1997 with Yui Itsuki on vocals and from there, they have gone on to perform music that puts together a unique blend of heavy metal, classical, and techno to go with their gothic lolita stylings.

On the anime front, Yousei Teikoku has done the vocal themes for anime like Katanagatari, Kurokami, and Future Diary‘s “Kuusou Mesologie”. More recently, their works include Big Order‘s opening theme “DISORDER” and “Kyuusei Argyros” for Tokyo ESP and they’ll have a new single coming out on May 31st.

Although Yousei Teikoku has more recently begun performing overseas, this will be their first visit to Otakon. But not the US though since they’ve shown up in Texas, Boston, and Vegas in the past.