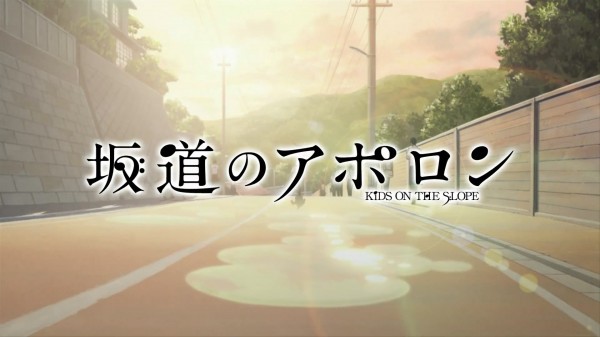 For those of you who have been eagerly waiting, the first episode of Sakamichi no Apollon: Kids on the Slope has been released. Directed by Shinichiro Watanabe with music taken from classic jazz albums, along with works by composer Yoko Kanno, Sakamichi no Apollon follows the story of a transfer student, Kaoru, a chance meeting with the school delinquent Sentaro, and how that eventually draws him into the world of jazz.

In our coverage of the anime, we will not only go over the plot points, but will also go into detail regarding the jazz pieces featured in the anime as well as put the pieces within the historical context of jazz as a whole. So for those who want to follow our episodic posts, you can use the episodic category.