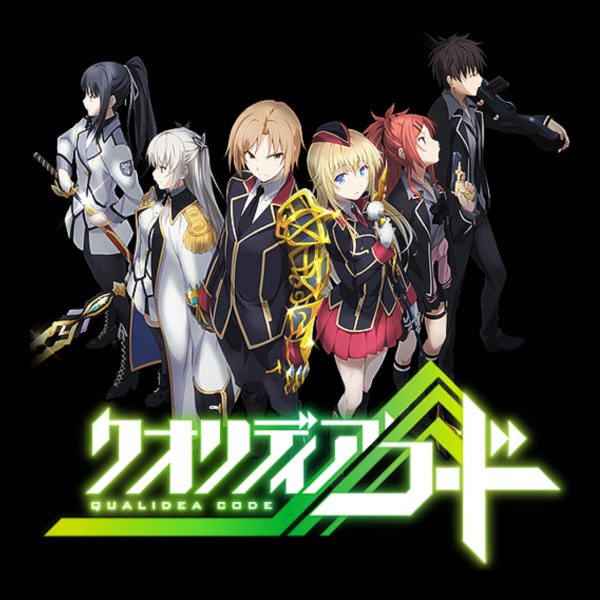 Qualidea Code‘s biggest splash isn’t going to come from its plot, which centers around kids who fight against the UNKNOWN (creative name, huh?) alien threat. Rather, the biggest news is the list of performers who will be performing the theme songs for the anime.

At AnimeJapan 2016, the people behind Qualidea Code announced that lisa will perform the opening theme song, ClariS will perform the first ending theme song, and GARNiDELiA. None of these three artists are new to the world of anison. LiSA received her big break performing songs from Angel Beats before moving on to the opening to Sword Art Online. ClariS, a two-girl group, performed the opening themes to Ore no Imouto and Madoka and GARNiDELiA worked on Kill la Kill and Mahouka. A video of the announcement can be seen below:

Now, if you’ve read any of my reviews of their work, you’ll know these are artists I don’t particularly hold in high regard. LiSA is too loud and burst-y for my tastes since I like my music to have some semblance of a dynamic range. ClariS is autotuned to hell and back and I don’t find any of the songs they’re made to sing to be all that enjoyable. Finally, GARNiDELiA plays it by the J-pop book and doesn’t stand out much from other artists.

The only point that got my attention from the Qualidea Code anime announcement is that the soundtrack will be composed by Taku Iwasaki. Iwasaki’s hasn’t been overwhelmingly consistent lately, what with his wild bouts of experimentation, but at least it’s a steady hand at the helm. Small blessings.