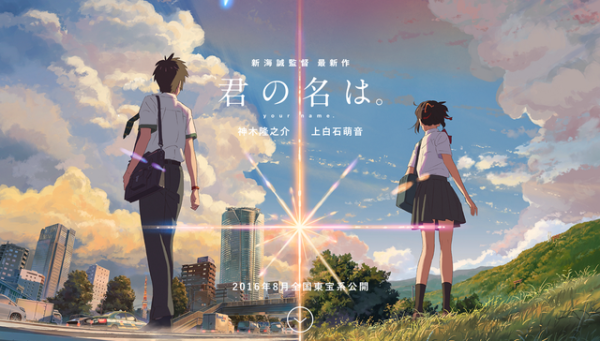 If there’s any certainty in the anime industry, it’s that any work by Makoto Shinkai will have dazzling visuals accompanied by a solid soundtrack. Ever since I first listened to Voices of a Distant Star, I enjoyed Tenmon’s short, sweet music. That appreciation reached a high point with 5 cm/sec, which featured the famous “One More Time, One More Chance” melody and insert song that captured love over long gaps of time and space really nicely. His subsequent work for Garden of Words did not feature Tenmon, but KASHIWA Daisuke did a stellar job on the score as well.

So after Garden of Words, Makoto Shinkai’s next work is titled Kimi no Na wa (Your Name). Unlike a tale of two long-distance lovers, this film’s premise revolves around a body swap, where a city boy finds himself in a country girl’s body, and vice versa. But while this premise isn’t exactly something to look forward to (not like it’s a premise that hasn’t been done before), what I did enjoy was RADWIMPS’ work on the soundtrack. You can hear one of their songs, “Zen Zen Zense” in the trailer below:

Talk about an energetic soft rock track! With the guitars going off in the background, the whole tone of RADWIMPS’ music reminds me of something you’d get out of all the soft rock groups they used in Honey and Clover, which makes me wonder if this anime will also turn into a coming-of-age anime. RADWIMPS do pretty much all of the music for Kimi no Na wa. Based on the trailer, I can say that Shinkai’s got a lot of solid collaborators in the music department and this work will be no exception. The band’s leader, Yojiro Noda, had met Shinkai two years ago and subsequently became involved with this film early on.

That said, RADWIMPS has made quite a name for themselves. Two of their singles, “Order Made” and “Dada” managed to hit number one on Oricon’s single charts. They are pretty popular in Japan, and even if I’ve not heard of them, their stuff is pretty eclectic. At least, if this video is of any indication because the Kimi na wa trailer was much more conservative. It’s pleasant though!

Fans of RADWIMPS should totally link me to your favorite works via YouTube. Mostly as a way for me to get up to speed on who they are and what they do. 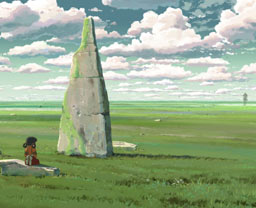 It’s been awhile since we’ve heard of anything out of Makoto Shinkai, but with his announcement of the new Hoshi o Ou Kodomo movie, we can finally look forwards to a visual feast that has been Shinkai’s hallmark among anime directors.

The story looks to follow a girl’s coming of age as she ventures forth to meet a boy. Whether the movie’s themes will reprise the obstacles of love and distance that characterize Shinkai’s previous works is up in the air, but it should make for some poignant storytelling.

The soundtrack will, once again, be composed by Tenmon. We’ve recently reviewed Eminence Symphony Orchestra’s Makoto Shinkai album titled Promise which features a selection of Tenmon’s music from Shinkai’s movies, so give that album a shot if you’re looking to see how heartfelt his music is.

All told, this project does sound promising and here’s hoping for another success! 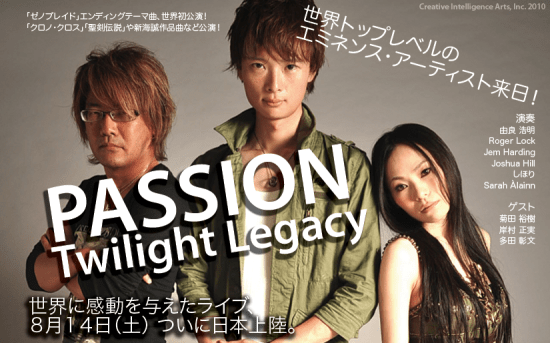