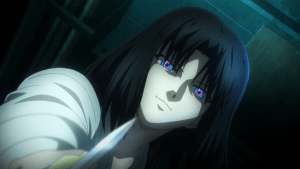 When the Kara no Kyokai DVDs and Blu-Rays were released, most of them came equipped with soundtrack discs from each of the movies. But because of that release, a standalone soundtrack release seemed to be out of the picture… until now!

On March 2, 2011, Yuki Kajiura’s score for the Kara no Kyoukai movies will be bundled in a 2-disc soundtrack package featuring the music from all of the movies. Though no tracklist has been laid out, what is probable is that none of the Kalafina ending songs are likely to be making an appearance. Those who want to pre-order the soundtrack can do so through CDJapan.