Well, we’re back, with a new set of anime music releases. Compared to our previous posts under this category, instead of trying to capture everything that’s released — frankly, that’s a lot of music to keep track of — we’ll go with a list of CDs that we think are notable. At least, for those of you who, like me, are still avid CD collectors. There’s some quality stuff to be had, so here’s what we can expect out of the week of March 16: 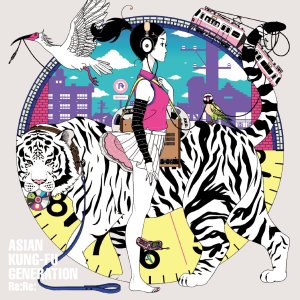 Album Name: Re:Re:
Artist: ASIAN KUNG-FU GENERATION
Purchase at: CDJapan
ASIAN KUNG-FU GENERATION’s entry for ERASED isn’t necessarily a new composition, but they’ve added some slight tweaks to it. Personally, I enjoy the song. It’s definitely leagues above the crappiness that was the ending theme, Sayuri and Yuki Kajiura’s “Sore wa Chiisana Hikari no you na”, anyway and I’d definitely recommend giving this one a look.
END_OF_DOCUMENT_TOKEN_TO_BE_REPLACED