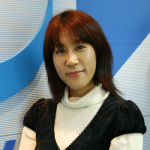 Looks like one of the reasons why Japanese composer Yoko Kanno hasn’t been composing so much anime music has been answered. Although she has not had any new anime compositions since the Macross Frontier movies, we’re about to see new compositions from her. The first will be for the next addition to the Sousei no Aquarion franchise, titled Aquarion Evol which is set to be aired in Winter 2012’s anime season.

But perhaps more importantly, Kanno has been assigned to compose the opening to NHK’s 62nd Kohaku Uta Gessen, a music show that takes place every year on New Year’s Eve. The piece itself is set to play when hosts Arashi and Mao Inoue are introduced as well as when artists are introduced, artists which include the likes of Ayumi Hamazaki, Nana Mizuki, and L’Arc~en~Ciel.