The Anime Music Tournament, which had started around August of this year, will finally come to a close once the Finals matchup is over. With this rendition of the tournament, we see an intriguing matchup between two songs, both of which have been reviewed on the Anime Instrumentality Blog.

The first song is the well-known “Kimi no Shiranai Monogatari,” which served as the ending song to Bakemonogatari. This song effectively brought ryo of Supercell from the Vocaloid scene out to a wider audience. The same can be said for Yanaginagi’s music career as well since her voice meshes very well with ryo’s instrumentals.

The second song is from a more recent anime titled Shinsekai Yori, but it too, is an ending theme. The song, titled “Wareta Ringo,” features Risa Taneda, Shinsekai Yori‘s seiyuu, on vocals and a very distinct guitar stutter which has garnered annoyance and delight.

Needless to say, the matchup looks to be tilted in favor of “Kimi no Shiranai Monogatari” but it’s hard to say at this point. Polls will remain open until Wednesday, so check out the Anime Music Tournament’s Finals and cast your vote! 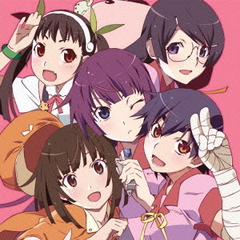