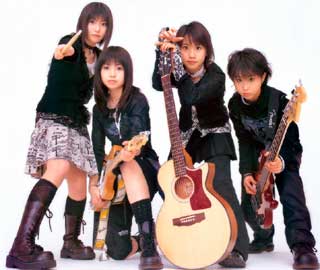 ZONE, the band composed of four girls, Miyu Nagase, Mizuho Saito, Maiko Sakae, and Takayo Ookoshi, has officially come to an end after more than eleven years of making music.  The announcement was made by vocalist Maiko Sakae on the official website for RunTime Entertainment, saying that the band is no more and cited reasons including Miyu Nagase’s trouble with the record label which led to her losing her contract.  At this point, the band was down to only 2 members after Mizuho Saito and Takayo Ookoshi left the group.

Fans of ZONE will probably know them best for songs like “secret base ~Kimi ga Kureta Mono~” which was more recently featured in the Ano Hi Mita Hana no Namae o Boku-tachi wa Mada Shiranai, but also could be found in anime such as Today, in Class 5-2 as well as a cover by another all-girl band, Scandal.  Anime fans can also find ZONE in the opening theme in “True Blue” as well as an ending theme, both of which were for a more recent version of Astro Boy.