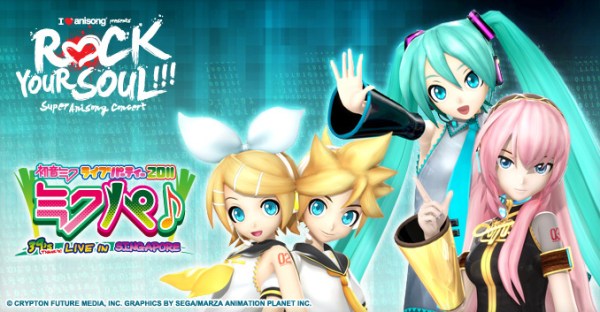 Apparently Hatsune Miku isn’t quite done with her concert tour just yet. After performing to a sold-out crowd at Mikunopolis, it looks like her next destination will be Singapore for Anime Festival Asia.

This concert should provide an exciting opportunity for Vocaloid fans who weren’t able to see Hatsune Miku’s Los Angeles concert, one that was well-received by many attendees. In any event, we hope that you’ll be able to make it out there to see not only the wondrous technology, but also the music, which has enthralled many fans both in and out of Japan.