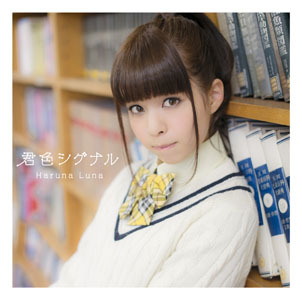 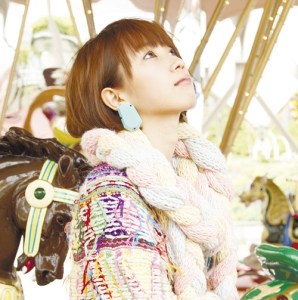 Album Name: Colorful.
Artist: Miku Sawai
Purchase at: CDJapan
Hot on the heels of Luna Haruna’s OP theme for Saekano -How to Raise a Boring Girlfriend- comes Miku Sawai’s ending theme for the same anime. Miku Sawai has been a relative newcomer, with most of her works coming in the form of ending themes and her debut work being “Nakimushi” for the Kimi to Boku anime. Given her status and small portfolio size, I’m not sure she’s really popped on people’s radars just yet and with her role on a relatively unhyped show this season, looks like she’ll have to wait to really get that big break she’s been looking for. 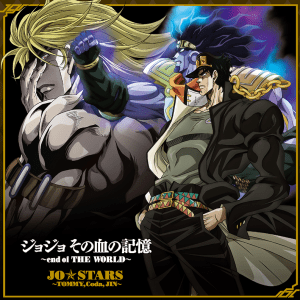 Album Name: JoJo Sono Chi no Kyoku ~end of the WORLD~
Artist: JO☆STARS ~TOMMY,Coda,JIN~
Purchase at: CDJapan
JoJo’s Bizarre Adventure‘s music, especially its opening themes, have never been short on the over-the-top levels of manliness. And once again, that’s the kind of performance you get from the JO☆STARS which include Hiroaki TOMMY Tominaga, Coda, and Jin Hashimoto, a performance set to a pretty rockin’ tune, set with oraoraoras to make the JoJo fan’s day. In terms of the composer of this song, look no further than Kouhei Tanaka, whose work includes the awesome music from Hyouka and Angelic Layer. How he’s able to deviate from his usual orchestral fare is anyone’s guess, but props go out to his level of versatility. 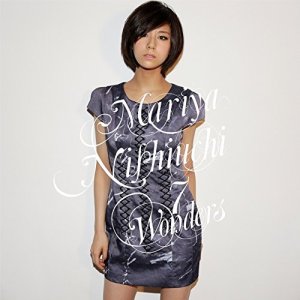 Album Name: 7 WONDERS
Artist: Mariya Nishiuchi
Purchase at: CDJapan
Fairy Tail‘s best music probably comes in through its soundtrack, but given how long-running of a series it’s been, there will always be more opening and ending themes for them to shove your way. This latest single by Mariya Nishiuchi comes in the form of “7 WONDERS”, which serves as the 18th ending theme to the Fairy Tail anime. Why a series should last so long as to warrant having that many ending themes is anyone’s guess, but when it’s a cash cow, I guess you want to keep the milk flowing. As for the artist, Mariya Nishiuchi, she’s won awards including Japan Record Award for New Artist, so she might be worth checking out. 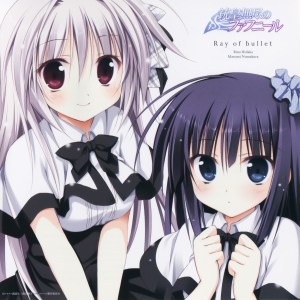 Album Name: Ray of bullet
Artist: Iris Freyja (CV: Rina Hidaka), Mitsuki Mononobe (CV: Manami Numakura)
Purchase at: CDJapan
I’m not sure anyone’s watching Juuou Mujin no Fafnir for any sort of musical notions and if you are, that’s kind of an odd reason to watch this harem-y show. But hey, if cute girls are your thing and if the cute girls’ voice actresses singing ending themes are your thing, you might as well check out Juuou Mujin no Fafnir‘s ending theme, titled “Ray of Bullet” which features Iris Freyja (voiced by Rina Hidaka) and Mitsuki Mononobe (voiced by Manami Numakura) at the helm. Just don’t expect it to be exceptional quality if seiyuu singing is anything to go by. 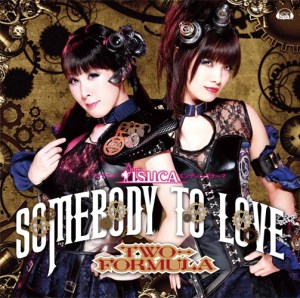 Album Name: Somebody to love
Artist: TWO-FORMULA (Kaori Sadohara, Saeko Zougou)
Purchase at: CDJapan
With all the new shows coming out, it’s going to be hard to keep track of every single one, especially once with a title like Isuca. The anime mostly focuses upon a girl who seals spirits and a boy who becomes her fiancee and also has a talent for learning the supernatural being’s true name to control them. There hasn’t been too much buzz about the anime, but the ED theme is performed by TWO-FORMULA, a group made up of Kaori Sadohara and Saeko Zougou, who has done previous work on Noucome. So if you like listening to their previous stuff, I’m going to guess this won’t disappoint either. 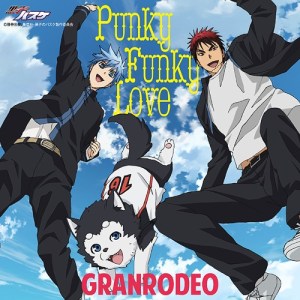 Album Name: Punky Funky Love
Artist: GRANRODEO
Purchase at: CDJapan
“Punky Funky Love” sounds pretty punky and funky, with the talents of GRANRODEO to really give it a truly ROCKIN’ aura. Without having watched Kuroko no Basket, I can’t really tell you how this opening theme really flies, but GRANRODEO’s been pretty solid since I first encountered their work on “Modern Strange Cowboy” as well as the music they did on NEEDLESS’s soundtrack. Sometimes, you don’t need a whole lot of ROCKIN’ to inspire, but when it’s a sports anime like Kuroko no Basket, there has to be nothing but inspiration to get the show rolling along. 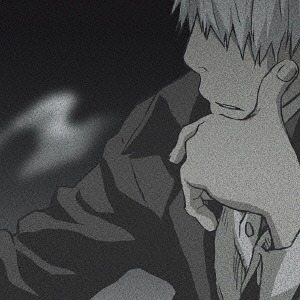 Album Name: Mushishi Original Soundtrack “Mushinone Zen”
Artist: Toshio Masuda
Purchase at: CDJapan
Unless you’ve been living under a rock, I’m pretty sure you’d have heard of the Mushishi anime, which follows a man named Ginkgo who travels from place to place, helping people deal with mushi, creatures that usually cannot be seen with the naked eye, but who often have an effect upon the world, especially when they interact with people. The atmosphere of the anime is pretty subdued, and Toshio Masuda’s music is more than up for the task. It’s definitely a show worth checking out, but the music is also plenty stellar and comes highly recommended. 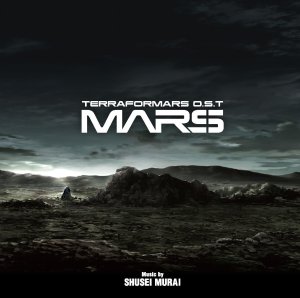 Album Name: TERRAFORMARS O.S.T MARS
Artist: Shusei Murai
Purchase at: CDJapan
Terraformars as a show, has been nothing but a disappointment, one that really takes on a lot of awkward dialogue and throws it around willy nilly. And the plot twists have been corny too. Oh well. At least the music is worth considering, if nothing else because Shusei Murai is at the helm. He’s done work on decent shows like Allison to Lillia and did a pretty awesome job on Mouryo no Hako. Neither of those series have really achieved a whole lot of acclaim, but if you ask this humble writer, I’d say both anime series are definitely worth checking out for the plot and the enjoyable soundtracks.