A long list of anime music including Nisekoi’s Rally Go Round by LiSA. Sit down and take a look at what came out on the week of May 27: 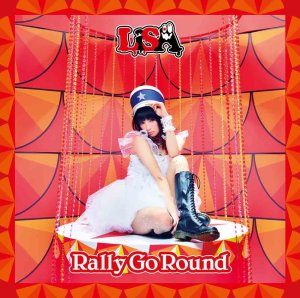 Album Name: Rally Go Round
Artist: LiSA
Purchase at: CDJapan
I’ve never really hid my disdain for LiSA’s music since power pop was never my style and she seems to have the unfortunate tendency to get in my face without really transmitting anything too meaningful. Other artists like Nana Mizuki do a much better job, and if I wanted to listen to that type of music, I’d listen to her over LiSA 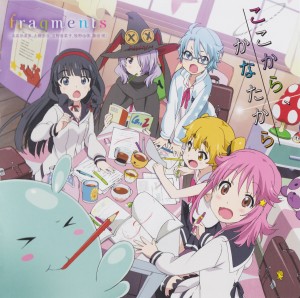 Album Name: Koko kara, Kanata kara
Artist: fragments
Purchase at: CDJapan
Given what you’ve seen out of the show, it’s not surprising to hear that “Koro Kara, Kanata Kara” is full of the sugary sweet seiyuu goodness. The song doesn’t go out of its way to inspire, but then again, it doesn’t really have to. The cuteness factor is what fans are going after anyway, and the song is pretty mellow and relaxing. 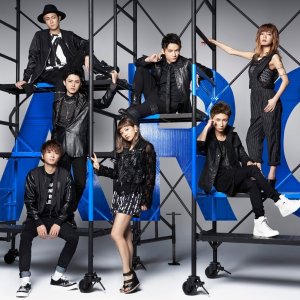 Album Name: Ashita no Hikari
Artist: AAA
Purchase at: CDJapan
The introduction to “Ashita no Hikari” sounds promising enough until you realize that it becomes a standard pop song. Their rhythm and energy is pretty superb but it doesn’t really jump out as anything too noticeable. Still, at least it’s pleasant, and that’s more than can be said for a lot of other J-pop singles. Well, if it weren’t for that off-putting rap section during the bridge. 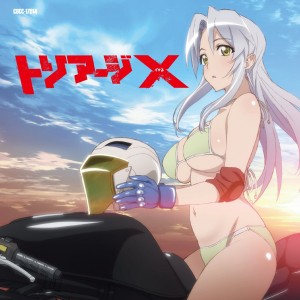 Album Name: Soleil Moi
Artist: Kazutomi Yamamoto
Purchase at: CDJapan
The ending theme for Triage X, “Soleil Moi” is pretty bad. The opening screams out at you with its guitars and Kazutomi Yamamoto’s vocals are hardly unique since we’ve all heard it elsewhere before. So with that, her delivery isn’t anything that would make me want to check out any of her past works, so that’s just as well. Listen and forget. 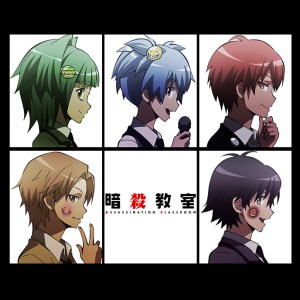 Album Name: Jirikihongan Revolution
Artist: 3-nen E-gumi Utatan
Purchase at: CDJapan
The first thing that strikes me about this single is how much the cover resembles the iconic Gorillaz album, “Demon Days”. As someone who hasn’t listened to “Demon Days” and can’t really make any comparisions, I will say that it’s got a good dose of energy being thrown around. Its tone is pretty celebratory and you can’t help but be captivated by the animation. 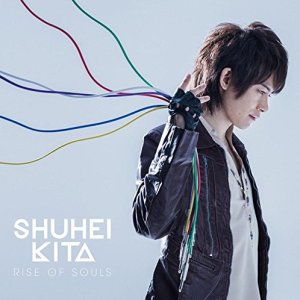 Album Name: RISE OF SOULS
Artist: Shuhei Kita
Purchase at: CDJapan
Shuhei Kita’s got a good amount of history in the world of anime music, and I’ve enjoyed his voice, especially in his work for Natsume Yuujinchou. So while I haven’t heard his work for Battle Spirits, I kinda wonder whether he’ll serve up calmer fare like he did for Natsume Yuujinchou since you’d think a fast-paced action song would serve this anime better. 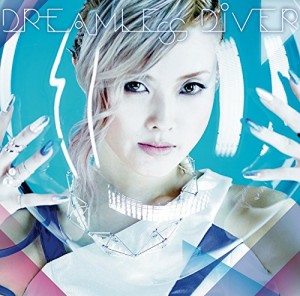 Album Name: DREAMLESS DIVER
Artist: Sayaka Sasaki
Purchase at: CDJapan
This song really sucks since the song they’re having Sayaka Sasaki seems to be out of her element. While power pop is fine and all, I think I’d much prefer the quieter songs that came through her work on Nichijou‘s ED theme. Within the context of Battle Spirits, I don’t see myself really wanting to ever touch this again. 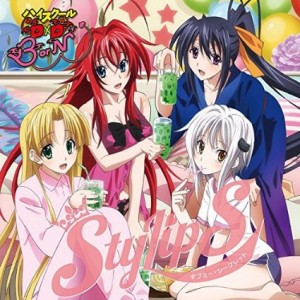 Album Name: Give Me Secret
Artist: StylipS
Purchase at: CDJapan
I’ve never been too high StylipS’s sort of music, but you gotta admit the animation that accompanied their music in High School DxD was pretty… captivating. But if that’s going to be the criteria for judgin music, you’ll have to ask yourself whether you’re watching the ending sequence for the animation or the actual music. 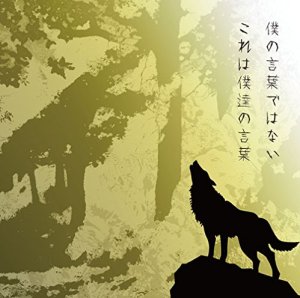 The Heroic Legend of Arslan

Album Name: Boku no Kotoba dewa nai, Kore wa Bokutachi no Kotoba
Artist: UVERworld
Purchase at: CDJapan
UVERworld has quite a history with anime music as they throw their brand of J-rock around. The problem is that the music doesn’t come off as anything that’s remotely listenable. Also, the brand of music just sounds a bit harsher than it needs to be, for a show of Arslan’s ilk. 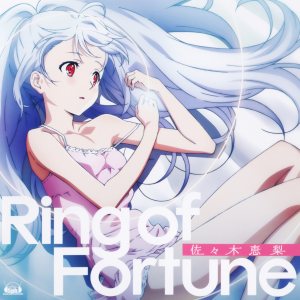 Album Name: Ring of Fortune
Artist: Eri Sasaki
Purchase at: CDJapan
Plastic Memories‘s opening is pretty soft and generally full of warmth and there’s a delicateness that’s enjoyable to listen to in a field where power pop is the norm. That’s not to say it’s not generic or anything, but that in spite of its genericness, it’s still easier to listen to than other works out there. 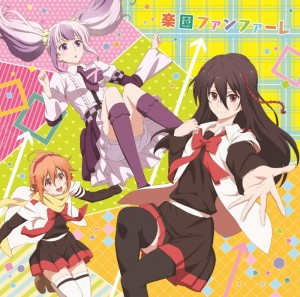 Album Name: Rakuen Fanfare
Artist: Houkago Rakuenbu
Purchase at: CDJapan
More seiyuu music means you shouldn’t be expecting to hear anything good to come out of this one. Again, I’m not sure people are watching “Mikagura School Suite” for the music, but if they are, there isn’t much aside from mediocrity. Give this a pass and just watch K-ON or something. 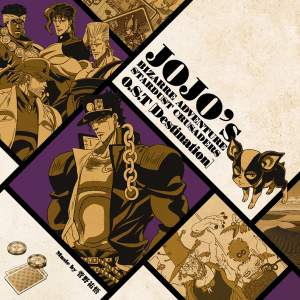 Album Name: JOJO’S BIZARRE ADVENTURE Stardust Crusaders O.S.T
Artist: Yugo Kanno
Purchase at: CDJapan
Yuugo Kanno’s compositions for JOJO’S BIZARRE ADVENTURE Stardust Crusaders has received a lot of plaudits with a lot of people saying that some of the best music to come out from 2014’s anime. Whether that holds true is questionable, but you can never count out Kanno’s music, especially with the sheer quality he’s served up for Library War and Psycho-Pass. So definitely keep an ear out for this one! 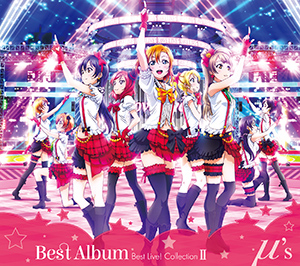 Album Name: μ’s Best Album Best Live! Collection II
Artist: μ’s, Emi Nitta, Aya Uchida, Suzuko Mimori, Riho Iida, Pile, Yurika Kubo, Yoshino Nanjo, Sora Tokui, Aina Kusuda
Purchase at: CDJapan
As someone who’s been playing the Love Live mobile game, I must fully admit to being enamored by many of the songs, especially stuff like “Snow Halation” or “Yume no Tobira”. That’s not to say that all of the songs are going to be good since they can be pretty cheesy. But play the mobile game enough and they can sure be addictive. All you’d have to do is surrender to the silly songs that come forth. 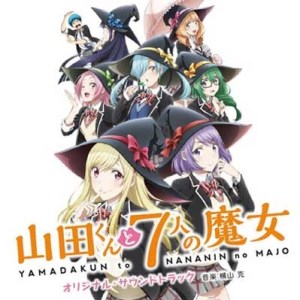 Album Name: YAMADAKUN to NANANIN no MAJO Original Soundtrack
Artist: Masaru Yokoyama
Purchase at: CDJapan
Masaru Yokoyama’s always been competent, but doesn’t quite have the musical chops that would turn his music levels up to superstardom. It’s not that much of a problem since you can still enjoy is solid outings, but if you’re looking to have your socks knocked off, you’d best look elsewhere. 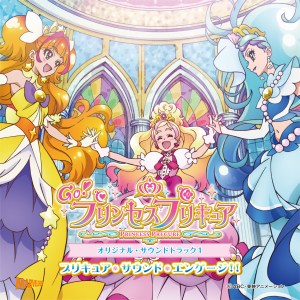 Album Name: Go! Princess Precure Original Soundtrack 1: Precure Sound Engage!!
Artist: Hiroshi Takaki
Purchase at: CDJapan
The Precure franchise has gone through quite a few composers and the next one up to bat is Hiroshi Takaki, whose work has been serviceable without being amazing. I don’t think there are people out there who were really looking forward to getting that next release of a Precure soundtrack, but in case you are, the music for the franchise has been competent, so there shouldn’t be too much of a concern.