With the new anime season flying in, the amount of anime music releases is slowly petering out. But fear not. Within the span of a few weeks, we’ll be deluged by more OP/ED singles from more shows than we care to count. I like to use this time to enjoy the tranquility. Maybe even review an OST or two. So with that, here’s what we can expect out of the week of March 30: 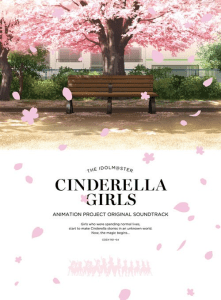 Album Name: HE IDOLM@STER CINDERELLA GIRLS ANIMATION PROJECT ORIGINAL SOUNDTRACK
Artist: Hidekazu Tanaka
Purchase at: CDJapan
I can’t really claim to be a big fan of the idolm@ster franchise, nor am I one of those haters either. I just haven’t gotten around to seeing much of the series or gotten a chance to grow close to any of the characters in any meaningful way. But I know there are quite a few people who adore it, go to live shows, and all that good stuff, so that’ why I’m including it here. I’m not sure of Hidekazu Tanaka’s pedigree, but a quick look over his composer credits reveals a lot of very very catchy pop music. Being able to write catchy pop music hooks doesn’t necessarily make for great soundtrack composition skills, but I’ll give him the benefit of the doubt. And I’d be curious to know whether anyone has given this OST a shot. 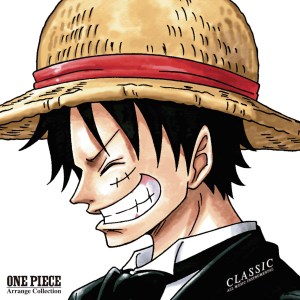 Album Name: ONE PIECE Arrange Collection CLASSIC
Artist: Kazuhiko Sawaguchi, Yasunori Iwasaki
Purchase at: CDJapan
One Piece’s soundtrack isn’t something that I’d immediately jump into, but from what I’ve heard, it’s pretty decent. And so, we have this arrange album consisting of some of the better-known One Piece themes all assembled and arranged by Kazuhiko Sawaguchi and Yasunori Iwasaki. I’m a big fan of arrange albums in general, just to see how they use some of those old themes, and would like to see what sort of creativity shines through. 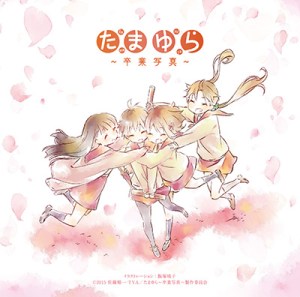 Album Name: Tamayura Theme Songs Collection ~Sotsugyou Shashin~
Artist: Maaya Sakamoto, Megumi Nakajima, Natsumi Kiyoura, Ayana Taketatsu, Kana Asumi, Yuka Iguchi, Yuko Gibu, Haruka Chisuga, Nobuyuki Nakajima
Purchase at: CDJapan
I really like Tamayura. The anime soundtrack is pretty relaxing and mellow. This calm atmosphere permeates into the opening and ending themes which rarely rises above a gentle delivery. One great example is Tamayura’s opening theme from the OVA, sung my Maaya Sakamoto who gently pushes you in the way she sings “Yasashisa ni Tsutsumareta Nara” (a song also present on Kiki’s Delivery Service). That Depapepe was behind the instrumentals is like the icing on the cake there.