A lot of weeks experience a deluge of singles which can be a pain in the neck to keep track of. But for some reason or other, possibly because we’re reaching the end of a season, this week is more of a soundtrack release push. There’s a lot out there for me to sample, but I am particularly excited about this upcoming Michiru Ooshima release. So with that, here’s what we can expect out of the week of March 16: Album Name: Kono Subarashii Sekai ni Syukufuku wo! Original Soundtrack
Artist: Masato Coda, Tomoya Sonoda, Ryosei Sato
Purchase at: CDJapan
This is a show that I’ve been hearing a lot about, especially with how it’s been one of the more engaging anime comedies to have come out in recent times. But because I’ve been out of the loop, I haven’t heard much talk about the show’s music. A lot of the background music comes courtesy of Masato Coda, who’s more of a video game composer, but in looking at the credits, it looks like they’ve got quite a mix of orchestral instruments and more traditional fare. The other performers do pique my interest though, so I might wind up giving this one a go. Album Name: UNDEFEATED BAHAMUT CHRONICLE ORIGINAL SOUND TRACKS
Artist: Akito Matsuda, Tsukasa Yatoki, Jun Sasaki
Purchase at: CDJapan
A look at the album cover isn’t too inspiring and the name Akito Matsuda isn’t exactly a household name either. Except that this is the same guy who penned the soundtrack to Hibike! Euphonium and has numerous OST credits as Nijine. That alone is enough to make me curious about how this one will go. While the show doesn’t look like anything up my alley, I am cautiously optimistic that Matsuda can once again deliver with the goods here. 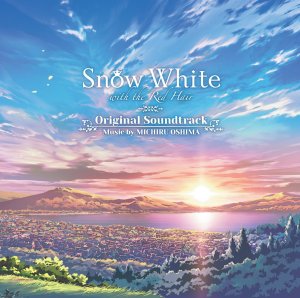 Snow White with the Red Hair

Album Name: Snow White with the Red Hair Original Soundtrack
Artist: Michiru Oshima
Purchase at: CDJapan
It’s Michiru Oshima at the helm for Snow White with the Red Hair, which means that we should be heaving high expectations on how this soundtrack will turn out. Although most of what she touches turns to gold, she does have a few misses, like on Rokka no Yuusha, which I thought was below her usual lofty standards. Still, her consistency warrants a look here and I’d be shocked if this soundtrack turned out to be merely good rather than something that’s really awesome. Album Name: Dimension W ORIGINAL SOUNDTRACK: Resonance W
Artist: Go Shiina, Yoshiaki Fujisawa, Camille Saint-Saëns, R・O・N, Tela
Purchase at: CDJapan
Go Shiina is someone I listened to when I was younger and he was better-known for his soundtrack to Tales of Legendia. He’s since branched out into the anime realm with some really good music in Kyousougiga, a soundtrack that was oozing with style but had plenty of heartfelt tracks mixed in with the otherworldly goodness. Dimension W is an anime that has escaped notice on my end, but the composer will be worth giving a listen at a bare minimum. 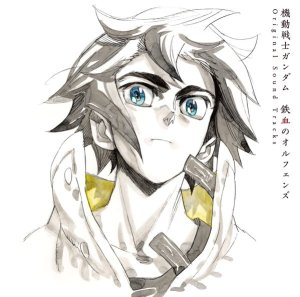 Album Name: Mobile Suit Gundam IRON-BLOODED ORPHANS Original Sound Tracks
Artist: Masaru Yokoyama, Kamikaze Boy, Shiro SAGISU, Shunichi Tanabe, Makoto Miyazaki
Purchase at: CDJapan
Normally, you can count on the Gundam franchise to unleash a special torrent of music, but I’m not sure this is the case here. Usually, you’d have these tried and true composers at the helm, bringing with them their own take on the franchise, but Yokoyama hasn’t had any major hits in a good long time. His stuff is competent, but never amazing, which is his own downfall. Because of that, it’s hard to get excited about the work he does.