The coming New Year means a new anime season will be underway and that means more music for the rest of us. In this first week of January, things are going at a much slower pace in terms of releases in that we only have a paltry 3 CD releases to focus on. The expectation, of course, is that once more of the newer anime gets released, we’ll see more of the OP/ED singles get their chance to be heard. As for soundtracks, those aren’t expected to show up later into the month. So without any further ado, here are the releases you can look forward to: 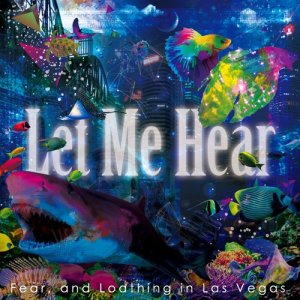 Album Name: Let Me Hear
Artist: Fear, and Loathing in Las Vegas
Purchase at: CDJapan
No, I’m not sure what prompted this band to name themselves after a Hunter S. Thompson novel, I do know they’ve been around for awhile, having done theme music for the second season of Kaiji as well as the more recent Hunter x Hunter anime. Their latest work on Parasyte -the maxim- features an opening theme that is about as despairing as the anime’s subject matter and should be a delight for the fans who really enjoy their J-Rock. 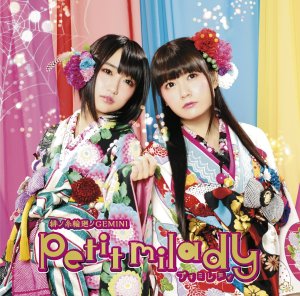 Album Name: Hi no Ito Rinne no GEMINI
Artist: petit milady
Purchase at: CDJapan
One of the newer anime to be released in 2015, Seiken Tsukai no World Break will fall into the category of anime that takes place in high school where the characters have superpowers and will go forth to do battle against whatever enemies threaten the school. As for the single, there isn’t too much to work off of since this seiyuu idol duo of Aoi Yuuki and Ayana Taketatsu hasn’t been around as a unit for too long so it’s hard to figure out how well the two singers complement each other. Because of that, this single is probably targeted more towards seiyuu idol fans than anyone else out there. 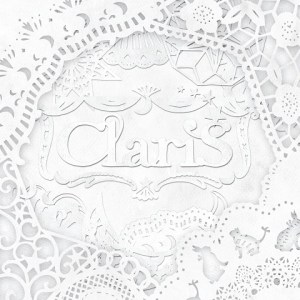 Album Name: border
Artist: ClariS
Purchase at: CDJapan
Once again, the main highlight for this week’s set of releases is ClariS’s single for the Tsukimonogatari anime that’s set to have aired on December 31. ClariS will be singing the ending song for the anime, though it’s going to be interesting since the duo had reportedly broken up as Alice was looking to continue her studies, leaving only Clara as the remaining member. It also needs to be said that ClariS hasn’t done anything too amazing. Their debut single with Ore no Imouto ga Konna ni Kawaii Wake ga nai‘s OP Single – irony received a decent amount of acclaim, but as time wore on, Connect, their single for Puella Magi Madoka Magica‘s OP was viewed as being more pedestrian. While this release for Tsukimonogatari might bring a return to form, based on their work, it’s highly doubtful that’ll come to pass.