Valentine’s Day approaches, signalling the discontentment of many singles and a deluge of anime singles. Granted, most of them aren’t too great and once again, the veterans like JAM Project and angela lead the way. So nothing for the cult of the new to dig in, which is just as well. That just means an opportunity to conserve the cash flow. So with that, here’s the list: 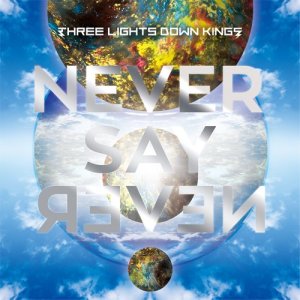 Album Name: NEVER SAY NEVER
Artist: THREE LIGHTS DOWN KINGS
Purchase at: CDJapan
Durarara!!‘s ending theme rushes at you like a wild storm, using a distorted voice backed by some rocking tunes. This is a bit of a departure from the more mellow R&B stuff that you’ve heard from the first season’s ending themes, but if nothing else, at least this flies out in your face and leaves you some of idea of the sort of lingering thoughts the anime wants to internalize. I’m not sure that this is as good as the other themes we’ve heard out of Durarara, but if you don’t mind that reckless sort of energy and warbled vocals, I suppose you can’t go too wrong here. 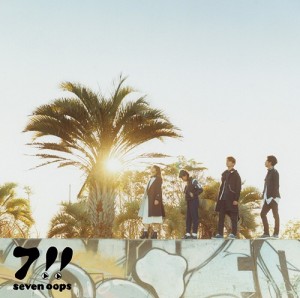 Album Name: Orange
Artist: Seven Oops
Purchase at: CDJapan
Shigatsu wa Kimi no Uso, also known as Your Lie in April, has generally done well in the music department, though I’ve been hearing a bit of a blowback in that the second opening and ending themes are nowhere in the same ballpark as the first. I suppose a band that goes by Seven Oops doesn’t really inspire much confidence, but the song isn’t half bad, if just a bit on the generic side. The piano is mellow and the vocalist has a sense of clarity in her delivery. Granted, it’s not as good as the first ending theme, since the crime of being generic may just be a bit too much for people to bear, and that’s just as well since you’re not missing much by skipping over this album. 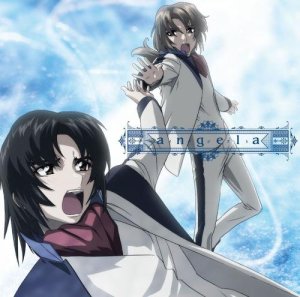 Album Name: Exist
Artist: Angela
Purchase at: CDJapan
Fair or not, whenever I look at the characters in Soukyuu no Fafner EXODUS, all I can think of is Gundam SEED, and that’s never a flattering comparison. This sort of disdain is a bit of a shame since angela isn’t that bad a singer and in EXODUS, she delivers a solid effort that includes good intonation, a few sharp cries that aren’t too grating. The ending theme is pretty poignant, with a backing violin that helps to bring out the emotions. So of the albums getting released, this one’s on a higher tier than the others because angela’s vocals are actually a step above most everyone else’s. 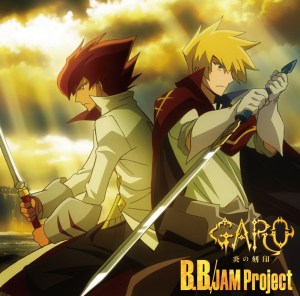 Album Name: B.B.
Artist: JAM Project
Purchase at: CDJapan
With JAM Project helming GARO THE ANIMATION‘s second opening theme, there’s not much they can do to really put a foot wrong. These guys have been doing anime themes since forever and when you have them on board, you can always expect the flashy kind of J-rock that amps your energy and gets you really excited about what’s to follow. The same holds true in this latest single, “B.B.”, ensuring that the rock keeps on rocking all the way through to the end. 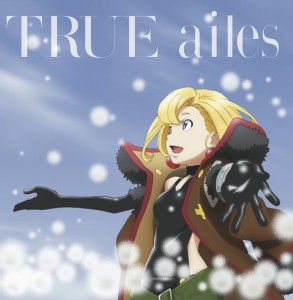 Album Name: ailes
Artist: TRUE
Purchase at: CDJapan
I’ve heard Maria the Virgin Witch described as a series in which the fantastic worlds of Studio Ghibli combines with a female protagonist who is interested in worldly pleasures, and that’s a fresh premise if I’ve ever heard of one. In an anime music release on January 21, you had the opening theme sung by ZAQ released to the public. And now, we have the ending theme composed by Tatsuya Kato who isn’t one of more highly-regarded composers. But whatever misgivings we may have disappears in light of the solid music. The lilts are lovely and the singer, ailes has quite a few dimensions to her delivery to make listening to this single at least somewhat worthwhile. 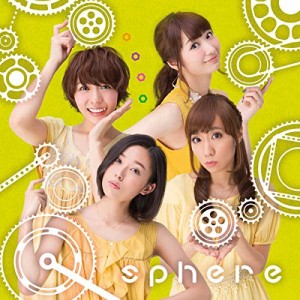 Album Name: Jounetsu CONTINUE
Artist: Sphere
Purchase at: CDJapan
Well, hey, looks like Sphere is back! This group, made up of singer seiyuu idols Aki Toyosaki, Ayahi Takagaki,
Haruka Tomatsu, and Minako Kotobuki usually aren’t the tour de forces and for that, they’re hardly defying expectations. Still, you can say this group is extremely well-produced and their singles are usually pretty catchy. Here, they perform the ED theme to Yatterman Night, rebooting a much older series. Their delivery is mostly the sugar poppy sound that they’re known for though it is a departure from the typical ED theme. Ultimately, this single doesn’t really strike at you with anything new, but for their fans, this is decent comfort food. 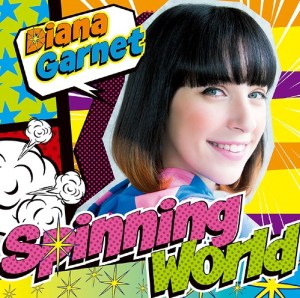 Album Name: Spinning World
Artist: Diana Garnet
Purchase at: CDJapan
Wait. Is Naruto Shippuden still going on? Shows what I know. Note that I can’t really be arsed to care much for this shounen anime series and because of that, I’m not really going to spend much energy trying to figure out whether it’s any good or not. So that’s something I’ll have to leave for you fans of the series. 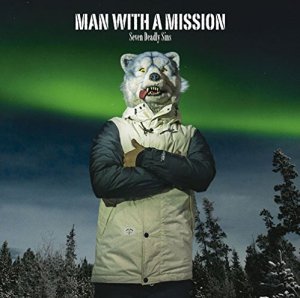 Album Name: Seven Deadly Sins
Artist: MAN WITH A MISSION
Purchase at: CDJapan
I personally have no idea why they decided to put a wolfman on the cover of this album since it hardly makes sense. The band name also seems to follow the trend of Japanese people borrowing English phrases in an effort to sound edgy and cool, but hey, the BOOM BOOM SATELLITES are involved in the way this album was arranged, but only on the 4th track. Because of that, this album does little to spur my interests and I’ll just let people actually watching the show to comment on whether this is worthwhile. 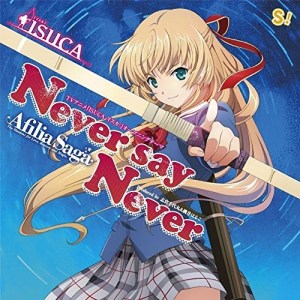 Album Name: Never say Never
Artist: Afilia Saga
Purchase at: CDJapan
This is the second album to appear from an anime this season with the February 11th release date to have the name “Never say Never”. Why no one stepped in to regulate album titles is anyone’s guess. In terms of this album which contains ISUCA‘s OP theme, we have yet another sugar-pop piece that’s extremely at odds with the art and animation shown on screen. What you get from Afilia Saga’s delivery is light and cheery, bordering on bubbly, but the images shown on screen are much darker. The piece, as it stands, is generic, but if you want some sugar, this single may be what the doctor ordered.