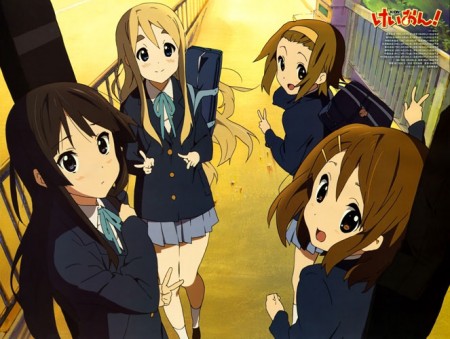 For those of you who’ve been having a blast listening to volume 1 of the K-ON!! Original Soundtrack, the soundtrack to the second season of the K-ON! anime, the second volume’s release date has been set. The CD will be out in stores on October 6, 2010. You can order the soundtrack on CDJapan.

Like with the previous album, volume 2 will continue to present Hajime Hyakkoku’s light-hearted compositions from the K-ON! anime series. Whether the album will come with a character song or two like the first volume did is unknown for now.