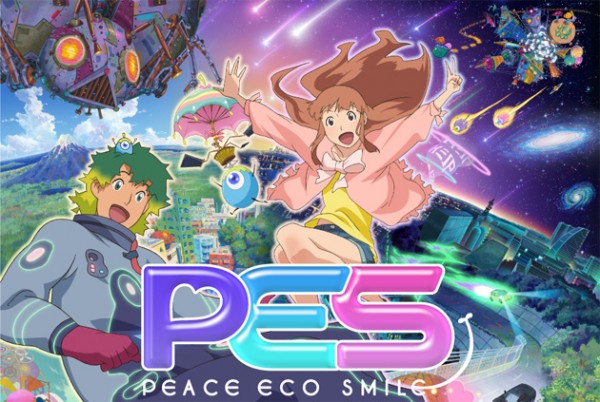 Last year saw a curious 4-episode anime titled Houkago no Pleiades, a joint work between Gainax (Evangelion, Gurren Lagaan) and the carmaker Subaru. The plot consists of Subaru, a young girl, and four other girls who become magical girls and are tasked with finding engine fragments. Its execution was a bit silly all in all, with a bit of product placement in the sound effects and the logo.

Well, it looks like Toyota is also getting into the action, partnering up with Studio 4°C to create an anime short titled PES: Peace Eco Smile. The plot centers around PES, a humanoid alien accompanied by beings called NaSuBi. Both have found Earth to be pleasant and seek to learn more about people. To find out more, the trailer has already been released and you can see it after the jump.

The most interesting part about this work is that there will be about 6 musicians working on the soundtrack. Most of them tend to slant towards various forms of electronica, but Seiichi Yamamoto has done work on the movie Genius Party. The entire package, as least, based on the trailer, does suggest a pleasant, bubbly electronica experience and it will be interesting to see how the music will turn out for this anime short.

More information can be found on the official website. If you’re looking to keep up to date on this whole thing, check out their twitter account.

Much thanks goes out to Ben, one of our readers who alerted us to this!