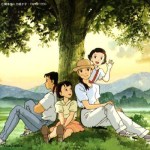 Starting at Tokyo’s Ginga Gekijō theater, the Studio Ghibli film, Only Yesterday, will premiere as a stage musical starting April 16, 2011 and continuing until April 29, 2011. The stage adaptation will star Hikaru Asami as Taeko during the musical’s Tokyo run, with Keaki Mori playing Taeko’s mother. Tamiya Kuriyama will be behind the director’s chair, and Masato Kai is in charge of the musical’s soundtrack.

There are additional plans to take it out of Tokyo, with a performance in Semboku City before embarking upon a national tour April of 2012.