Babymetal Performs on The Late Show with Stephen Colbert 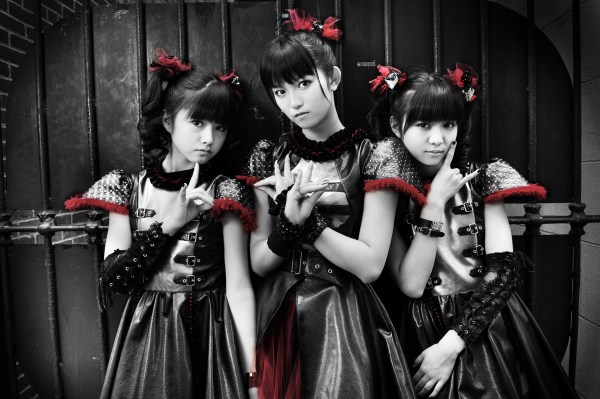 Babymetal might be one of those things that I’m not really destined to get. I’m not a hardcore fan of Japanese idol pop and definitely not someone who tunes into metal music (longtime readers should know my genre interests quite well by this point). Nevertheless, this fusion of idol pop and metal is one of the few things to really catch on with international audiences and to that end, they got a chance to debut on The Late Show with Stephen Colbert earlier this evening, performing their song “Gimme Chocolate” for American audiences on TV for the very first time. Their full performance can be seen below:

Their performance was amusing and lively even if it wasn’t enough for me to buy into what the trio of Suzuka Nakamoto (“Su-metal”), Yui Mizuno (“Yuimetal”), and Moa Kikuchi (“Moametal”) offered. The music was just a bit too repetitive for my tastes and didn’t really have enough dynamism for me to really get engaged. Some things just aren’t for me and Babymetal is one of those things. Don’t let that stop you from enjoying their works though. After the end of the performance, Stephen Colbert noted that their latest album, Metal Resistance is out if you’re looking to listen to them some more. Fans of their work will be pleased to find that this album has garnered largely positive reviews from the music press.