A Journey Through Space with Yamato and Majestic Prince 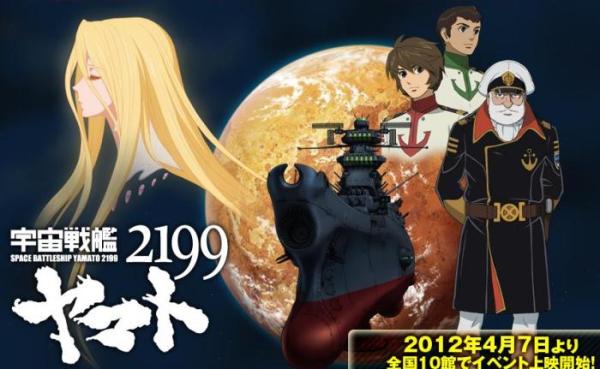 Space Battleship Yamato and Ginga Kikoutai Majestic Prince have much in common beyond just orchestral music and anime that are set in space. So for those who haven’t looked at our reviews for awhile, we’d like to present our two latest soundtrack reviews that you can look forward to! So with that, here’s a snippet of what we thought about Ginga Kikoutai Majestic Prince and Space Battleship Yamato 2199.

The first of our reviews is none other than Ginga Kikoutai Majestic Prince. The latest anime work by Toshiyuki Watanabe, anime fans can definitely count on the rich orchestrals that make Majestic Prince such an exciting listen because of how consistent the album is in general, making this one a worthy mecha album. Definitely check out our review to hear the samples and if this is what you’re looking for, go ahead and grab it off of CDJapan.

The next CD that we wound up reviewing is the almighty soundtrack to Space Battleship Yamato 2199, which incorporates a lot of retro elements like disjointed melodic snippets and discordant passages that were present on Hiroshi Miyagawa’s score for the original. The music for Yamato 2199 also incorporates some new music by Hiroshi Miyagawa’s son, Akira Miyagawa, but if there’s anything that’s tried and true, composer Akira Miyagawa retains the old, classic music that made the original Yamato such a memorable experience. So yes, for old fans, you can definitely hear Isao Sasaki belt out his rendition of the Yamato opening which captures the awesome space odyssey feel and the anthems will really come off as being inspiring. Unfortunately, some of the more repetitive and uninteresting tracks weigh this album down and so, it’s not quite as consistent as it could be. Again, check out the samples and if you think it works for you, this is also another album you can get off of CDJapan.