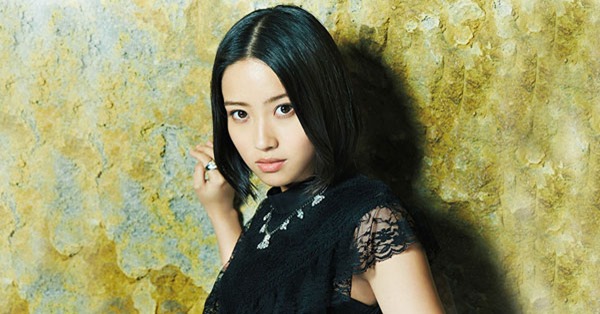 As the summer anime convention season gets under way, it’s inevitable that many J-pop singers for those anime OP/EDs will get a chance to strut their stuff around the world. For Anime Expo, the first artist they’ve announced for the 2016 Expo is MICHI, a relatively new anison artist who got her career started on the theme song to Rokka -Braves of the Six Flowers-.

Her debut single, titled “Cry for the Truth” showcases her vocals, which are huskier than what I’m used to hearing from many other artists who tend to squeal with glee. MICHI’s performance, in this instance, is actually measured, if just a bit safe and boring. It’s not enough to make me want to look at her subsequent works, but there might just be something there.

In case you want to take a peek at her performance chops, here’s a short version of “Cry for the Truth” from Rokka:

As I sorta hinted at above, she’s not limited to just her performance for Rokka -Braves of the Six Flowers- theme song. Subsequent works include the theme song “Checkmate!?”, used in Dagashi Kashi’s opening. That’s followed by her next single, “Realistic!” which will be the ending theme to the upcoming series, Kuromukuro.

MICHI’s appearance at Anime Expo will be her first appearance in North America. Other fun facts include her being the first Anison artist to come out of Okinawa. It makes me wonder whether there’s not a whole lot of music talent scouting done in that region, else it’d be hard to imagine why anyone would take notice of that fact.

Anyway, it’d be nice if anyone who enjoys her works can comment. I don’t care about her too much either way and her appearance at Anime Expo isn’t the kind of appearance that can pull in crowds and get people excited like a FictionJunction. I’m interested in seeing what other artists start coming out of the woodworks to headline an Anime Convention Concert for this summer though.